If it doesn’t matter who wins or loses, then why do they keep score? Vince Lombardi

Last Monday, I had to take a mental health day from watching Blues hockey.  Maybe I can blame Steve Yzermann , or Kirk McLean and yes…I know I can blame Holy Jumpin’ Roman Turak.  And of course, Mike Keenan is always there to blame!    I’m sure that my mental health day had nothing to do with the last four Springs of Blues hockey.  Sooner or later we’ll play a game in May?

I was there the night when #16 scored that big goal against the Leafs to win a 7th game…oh, wait a minute, that #16 was Kevin LaValle.

I was there for the Monday Night Miracle; there was nothing like seeing a game in the old Arena.

It started way back in 1967, I was 10 years old.  Our seats were section 129, Row G, Seats 4,5,6,7.   My father, being from Charlottetown Prince Edward Island, Canada subscribed to season seats either in the first of second year of the team.  Men dressed in sport coats and ties; Women wore the best apparel.   Cigarette smoke floated to the top of the rafters.  We sang “When The Blues Go Marchin’ In!” Goodness… Where has the time gone?

I remember when Emile Francis put the check back in the Checkerdome.  But it always remained the Arena.  “What A barn burner” Gus Kyle would say.

I remember where I was when Bob Gassoff was tragically killed in a motorcycle accident.  Then I had the pleasure of meeting Bob Gassoff, Jr at Washington University a few years ago.  What a classy person he is!

Brent Seabrook hitting both goal posts…darn the luck!  I remember when Craig Conroy hit both post in overtime against the Red Wings only to watch Brendan Shanahan come down on the next shift and score to end the game.   Yes, that Brendan Shanahan for the RED WINGS.  (By the way, I’m still mad at Judge Huston for sending Scott Stevens to New Jersey!  That was just a couple of years ago, right?!)

From Berenson to Unger; Federko to Sutter; Hull and Oats.  The Plager brothers; McInnis, Pronger, Cujo, and Liut.  There is just something about being a Blues (and Hockey) fan that is different from anything else in sports.   The passion, the speed; the feeling that you know the players first hand.

Those trades we will never forget…”Slash and Spear” twinning up in the Bluenote while Rod Brind’Amour wins a cup in Carolina!.  How many former Blues players have achieved this great accomplishment?  Maybe I don’t want to know.  I’m sure the late, great Ron Caron has some “meat on the burner.”  Those were the days!

The old Arena is long gone and now Kiel, oops, Scotttrade Center is almost 22 years old. I’ve move on to South Florida, but my St. Louis roots still run deep.    I read JR, Tom Timmerman and the new guys at the Post-Dispatch from afar, wondering what ever happened to Dave Lueking, George Csolak,  and Gary Mueller (did I get those names right? I just finished a thesis and don’t feel much up to more research at the moment!)   Of course Gordo and Dan O’Neal are the mainstays, always good reads, too.  I’m sure Broeg and Burns would be proud.

Yes, I had to take a mental health day from Blues hockey on Monday, but with internet radio and the marvels of social media, I could appease my curiosity without the effects of my heart beating out of my body.  Of course a trip to Rita’s in West Palm Beach with my friend Sam helped immensely.  How many people have nephews in their 40’s living Mississippi and Louisiana who kept sending text messages all night with updates.  I remember their first game in the old Arena against the Vancouver Canucks.  Yes…Mississippi and Louisiana have Blues fans too!

I’ll doubt I will need another mental health day from watching Blues hockey for awhile.  But who knows, we are St. Louis Blues fans!  Game time tonight is 8:00 pm EST, I will be glued to the T.V. set again.

Now that I am pushing 60, I know the best is yet to come when JR gets to write a column in the Post-Dispatch this June (well, any June will due!) with the headline:  “Blues Get Four Months Off For Winning The Stanley Cup!”

Chris MacLellan is the host of “Healing Ties” Radio and the author of “What’s The Deal With Caregiving” and a life long avid hockey fan of The St. Louis Blues 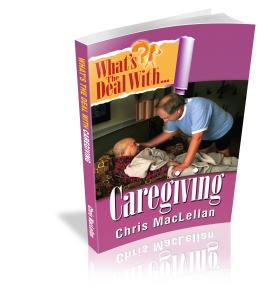